Quinoa, the seed with superpowers from the Andes

Quinoa? Food for vegetarians, people say. They couldn’t be more wrong! Until a few years ago, quinoa was a mysterious pseudocereal from South America, relegated to the shelves of health-food shops where it was bought by customers with a fixation about organic food. Only small numbers of people were aware of its tastiness, its versatility in the kitchen and its countless beneficial properties. Then someone spread the word and the fame of quinoa rose exponentially. In today's collective imagination, this prodigious crop is a paid-up member of the Olympus of superfoods.

Quinoa is not a cereal, but the seed of a plant that grows wild in South America, typically in the mountain region between Peru, Bolivia and Chile. The “mother of all seeds”, as the Incas called it, was proclaimed international food of the year in 2013 by the United Nations, a recognition of the worldwide nutritional importance of a crop that can be used in the fight against hunger and is eaten daily by millions of people at every latitude and altitude: in the USA alone, 40,000 tonnes of quinoa are eaten every year.

So how did such a tiny grain achieve such heights of glory? Studies on this extraordinary seed show it to be a sort of panacea for all ills. Quinoa has a long and varied list of benefits: it is free of saturated fats, cholesterol and gluten, so it can be eaten by people who have to watch their blood sugar levels and those with coeliac disease or food allergies. It is packed with minerals such as magnesium, calcium, iron and zinc, as well as an entire alphabet of vitamins.

It is also an important source of protein and amino acids, which explains its popularity among vegetarians: its protein content is higher than that of other grains such as rice and millet, and higher even than soybeans, since it contains all 9 of the amino acids our body needs, and it offers a good level of carbohydrates even though it is not a cereal. A low glycemic index, a wealth of anti-oxidants and high digestibility complete the picture for this superfood ally of our well-being.

Now fashionable among sophisticated gourmets, in South America quinoa has been the staple food of the Andean diet for centuries, eaten in any number of ways on a daily basis. White, red or black are the varieties you can cook in a thousand different ways: in the morning as porridge, with honey and fresh fruit; at lunch in salads and flans, or as a crust for meat and fish; at supper instead of rice and pasta, or as an addition to soups. Quinoa products are numerous, from flour to whisky, and the grain’s high nutritional value has taken it all over the world and even into space: it is part of the diet of NASA astronauts.

Gaston Acurio, the planet’s most popular Peruvian chef, pioneered quinoa in haute cuisine, introducing it in the menus of his restaurants in Peru, Astrid yGaston and Chicha. Acurio has revamped many traditional Peruvian dishes, turning the culinary spotlight on his country’s little known but high-potential native ingredients, including quinoa.

From Lima, the move on to an international stage was not long in coming: today the use of quinoa in haute cuisine is no longer synonymous with vegetarian or fusion cooking, but with an approach that embraces versatile healthy ingredients.

In his years at El Bulli, cutting-edge gastronome Ferran Adrià used quinoa to crumb coat lobster in his Langoustine with Quinoa dish, but he is not the only example: the menu at Daniel, the eponymous New York restaurant of Daniel Boulud, lists black and white quinoa with pesto sauce, fig jam, artichoke confit and black garlic, while Mauro Colagreco at Mirazur has made quinoa an icon with his The Forest dish, in a “risottoed” version with wild mushrooms. Yes, with a few tricks it can also be served as a risotto.

Women's favourite British chef, Jamie Oliver, uses it too, in his Superfood Salad, where it appears together with avocado, mixed vegetable shoots, Brazil nuts, almonds, pomegranate, sweet potatoes, broccoli, lime juice and a handful of fresh coriander. And it's not surprising that quinoa is so widely used: its delicate flavour, with a hint of roasted walnuts, and its crunchy texture make it a really delicious food.

The only problem associated with quinoa concerns the poorer sections of the Peruvian and Bolivian populations, and emerged as demand for this wonder food soared in the West: at current prices, people cannot afford to buy quinoa. If a kilo of quinoa was sold at 4 soles, approximately one euro, in 2010, just four years later, it was selling at 20 soles, around 5 euro, making it difficult for rural communities to buy the grain, which is now largely exported and sold in North America and Europe.

Paradoxically, growing demand for quinoa in the West is changing dietary habits in Peru and Bolivia, as people gradually replace the high-cost grain with much cheaper junk food and processed food.

It is possible to get round this, however: for example, just check the source of the quinoa you put in your shopping trolley. Today the grain is also grown in Canada, the USA, Denmark, the Netherlands, Italy, India, Kenya and China. In situations like this, the crops are certainly more sustainable and do not affect the small communities in the Andes, while we are able to enjoy the benefits of an excellent food. So if you want to prepare quinoa with a clean conscience, just make sure the grain you buy has been grown locally. Simple! 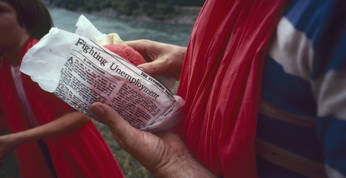 To each tribe, its own ingredients

Between hyper-healthy trends (and deviations), how do we operate the restaurant of the future?

To each tribe, its own ingredients
Allekirjoittanut:
Gabriele Zanatta - Italy
Lisätietoja…

Five fun and easy ideas for recycling waste in the kitchen 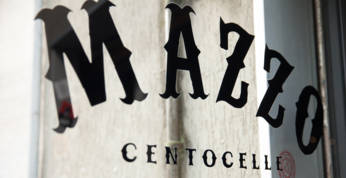 Passion and tenacity, when the kitchen turns into a playground